Craft beer can be complicated and overwhelming. That sounds a little ridiculous, but it’s true. Drinkers wanting to branch out from the typical and uninteresting domestic lagers can quickly find themselves flummoxed by the myriad options available to them.

The different styles and hop varieties, the alpha acids, ABVs, and IBUs, and so on, can almost make one’s head spin. Sometimes, though, there comes along a perfect melding of simplicity and that “pushing-the-envelope” attitude, and it is usually a byproduct of craft breweries’ love of nostalgia.

Take the Kentucky Common, for instance, an old style that was immensely popular in Louisville before Prohibition, which is now making a comeback, especially in our state, for obvious reasons.

Without delving too deep into its history or the ins and outs of its brewing process, a Kentucky Common is a kind of hybrid between a cream ale and a steam beer. They’re usually sweeter than other similar beers, in part due to the amount of corn that is typically used.

Gypsy Run’s version, Mudcreeks, is a fine example of the style. It is richer in color than most ales, but stops just short of being what I would call an amber. It smells sweet in the glass, in a warm and inviting way, and has hints of flavors that would be found more often in a stout, like cocoa and roasted malts.

Mudcreeks also happens to be a collaboration of sorts between Gypsy Run and the West T. Hill Community Theatre, with this beer sharing the name of the town from one of their recent plays, “The Other Side of the Mountain.” It’s a doubly interesting brew for Danville craft beer lovers.

Rhinegeist is one of those breweries I tend to overlook, and I can’t quite put my finger on why. After all, they are practically a Kentucky brewery. Although they may be on the other side of the river in Cincinnati, they have a wide distribution in the Bluegrass, and one can find their beers pretty much everywhere discerning craft beer aficionados frequent, both on draft and in cans.

Their artwork and marketing is simple, clean, laid-back and hip. And their beer is great, of course.

They tackle a range of styles, seem unafraid to take chances and try new things, and are affordable across the board. So, again, I have no idea why I tend to shy away from them.

I couldn’t resist, though, when the Bluegrass Pizza and Pub had their Alpha Squid on tap. It’s an 8.2-percent ABV hazy, New England double IPA, a style I have a hard time passing up. Plus, I’m a sucker for a unique name — the weirder or more esoteric, the better.

Alpha Squid certainly does not taste as boozy at it should. It kind of sneaks up on the drinker, perhaps like the eponymous giant cephalopod of the deep. Compared to some other beers in the haze craze, this Rhinegeist offering doesn’t quite look the look, either, opting for a slight cloudiness instead of full-blown opacity.

It does not skimp on the juiciness, though. It’s all citrus here — pineapple, grapefruit and orange are front and center in this beer. Alpha Squid is a reminder for me not to sleep on this brewery any more.

While the citrus-forward, hazy, juicy IPAs are all the rage, I do yearn for the more traditional style India pale ales sometimes. They’ve taken a bit of a backseat in the current trendy landscape of the craft brewing scene, which is a shame.

Way back when I first start taking beer culture seriously, West Coast IPAs were all that were really available. Breweries like Stone and Green Flash churned out absolute palate wreckers, beers that did not shy away from the hops at all. They embraced it. They were big and bold, piney and oh so bitter.

Somewhere in between the two extremes are beers like Lemons Mill’s Hey!!!. The moniker of “Midwest IPA” has been thrown around before, and, although the definition isn’t set in stone, I think it’s a good description for a beer like this one.

Hey!!! is perfectly balanced for me. If you’ll allow me an odd metaphor, it is as if I’m Goldilocks and this is my third bowl of hop-flavored porridge. It’s not too hoppy, nor too bitter, nor too malty.

It’s spruce up front and nuttiness on the backend. At 6.9-percent, it is right in that sweet spot where a couple will do it for me.

Every time I am at Lemons Mill I ask myself why I don’t get there more often and beers like Hey!!! are the reason why. 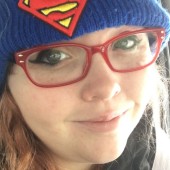 Taking it to heart: Chef shares how cooking has shaped him as a person